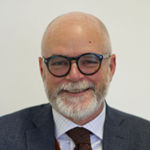 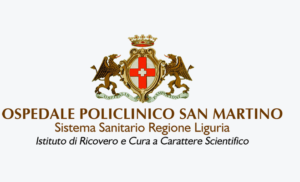 The Ospedale Policlinico San Martino (HSM) it is the main “health hub” for Liguria and also attracts patients from other Italian regions. After the merging of the San Martino University Hospital and the Scientific Institute for Cancer Research, the “IRCCS San Martino Hospital –  IST National Cancer Research Institute” was established on September 1st, 2011, with a particular focus on hematology and oncology.

At the end of 2017, the name of the Institute was changed to “IRCCS Policlinico San Martino Hospital”. On May 3rd 2018 the Institute was certified for specialization in Neuroscience. HSM is a university hospital hosting the School of Medical and Pharmaceutical Sciences.

The Institute provides healthcare services for the diagnosis and treatment of illnesses in in-patient and out-patient settings. In addition to being a general hospital, HSM is a leading institution in the field of research, diagnosis and treatment of neurological and psychiatric disorders of adulthood including immune-mediated diseases of the central and peripheral nervous system such as multiple sclerosis, neurodegenerative diseases such as Alzheimer and Parkinson disease, neuromuscular diseases, including genetically determined neuropathies, stroke, diseases linked to altered synaptic transmission, gliomas and psychiatric diseases. Another area of interest focuses on changes of neural plasticity under pathological conditions and upon neurorehabilitation treatments.

The Institute has specific research facilities such a dedicated grant office, a clinical trial office and several core facilities including an animal facility, a biobank facility, repository of cancer and neural specimen, pathology, genomic, proteomic, cytomic and imaging (for humans and small animals) facilities. Research laboratories are located in the 4 towers building IST Nord (previously known as Advanced Biotechnology Center).